The challenge of working remotely has dealt a significant blow across the financial service industry. With operations being conducted from home, pension funds and financial service providers prioritised tasks deemed to be critical, which meant that certain “non-critical” activities were relegated down the agenda.

One task which has usually been deprioritised is the evaluation and selection processes for external providers. With site visits and personal interaction temporarily out of the question, it was presumed that developing the necessary confidence and trust to build a new relationship would be too difficult. So, understandably, many mandates that might, under normal circumstances, have been expected to be re-tendered were not. Tenders have been either delayed or awarded by default to the incumbent provider, regardless of whether they still represented the best fit for the customer. In lockdown, providers have been able to rest on their laurels.

However, as our new normal becomes increasingly familiar, innovative ways to make the most of current technology have become apparent. This makes the concept of 'virtual due diligence' now a genuine option for asset owners to consider. Avida International has developed a useful and robust methodology for conducting such exercises. The following case study offers some insights on a virtual Tender Project.

At the request of Pension Scheme X, Avida International were commissioned to help determine if the current Fiduciary Service Provider continued to represent the best-fit or whether they should be replaced by one or more competitors for provision of the above services.

The first stage of the selection process involved the design and distribution of a questionnaire to all prospective providers, for the purpose of establishing the potential suitability of each for the role of Fiduciary Provider. A striking difference during phase 1 is the distinct lack of printing! Whilst a traditional tender process normally involves the production of tonnes of documentation, the use of virtual data rooms allows the number of physical documents in circulation to be kept to a minimum. Microsoft Teams enables shared folders to be created and for documents to be viewed and edited by numerous people simultaneously. Comments could be attached to documents provided by candidates so that peers could discuss them quickly. Having decided which candidates were to progress to phase 2 and which were not, Zoom calls were quickly scheduled and feedback was provided to those who were unsuccessful. This process was quick, simple, and carried out completely behind the computer screen.

The next stage of the project involved meeting the teams of the potential providers. It was at this stage of the process that the benefits of video calling really came to the fore. The simple fact is that Microsoft Teams, Zoom and other platforms make it possible to get yourself in front of anybody at very short notice. It was precisely because this technology exists that we decided to incorporate this phase into the project plan. We realised that video calls would provide a rare opportunity to meet each potential providers’ entire team, regardless of the geographical location or time zone. By keeping cameras on we were able to closely observe body language and assess the interactions within the team. Since the conversations could be recorded, we had something permanent to refer back to. A participant could make brief notes and then return to the recording when convenient, making more detailed studies of conversations at a later date.

These meetings were a great success with the dynamics of an investment committee board meeting being replicated. Those on the Pension Fund X tender board obtained a genuine feel of who they were talking to and the personality of the competing organisations.

The third phase of the selection process focused case studies on relevant actual topics with the aim to gain insights into the technical qualities of each candidate organisation and, once again, Teams and Zoom proved their worth. The relevant people from the candidates’ teams all participated, with all individuals given the opportunity to speak. One of the beauties of Zoom and, more specifically, its mute button, is that it allows individuals who might otherwise remain quiet or shy to speak up and have their moment(s) to contribute. Slides could be presented using the “Share Screen” function providing the basis for discussion. Once again, these meetings were recorded for later review and analysis by both the Avida International and Pension X teams.

During the final stage of the process, it is the ability, afforded by technology, to constantly review previous sessions that adds real value to the new normal. From Step 1 to Step 4 there is a detailed paperless trail that can be repeatedly turned to. This entire process review was carried out over the course of 4 months, but thanks to technology, even the initial meetings and questionnaires remained familiar. If attentiveness to live information and action is what you want, then the virtual process certainly has much to commend it.

The virtual tender process offers a quick, easy, but also an in-depth and constantly reviewable alternative to the traditional, physical one. Operating in the new normal need not have the limitations it was assumed to have almost a year ago. Though Pension Scheme X could be said to be a somewhat unusual example, the virtual process is nonetheless a versatile one. Avida International have demonstrated it is possible to mould and tailor such virtual processes to whatever a client may need them to be. New project phases can be added at short notice and conversations can be had quickly with little interruption. The crucial point to make is that, whilst it is bold to suggest that the new normal might be here to stay, there is little doubt that virtual processes offer another extremely workable option that our industry should fully embrace.

Our service can be modular and bespoke: 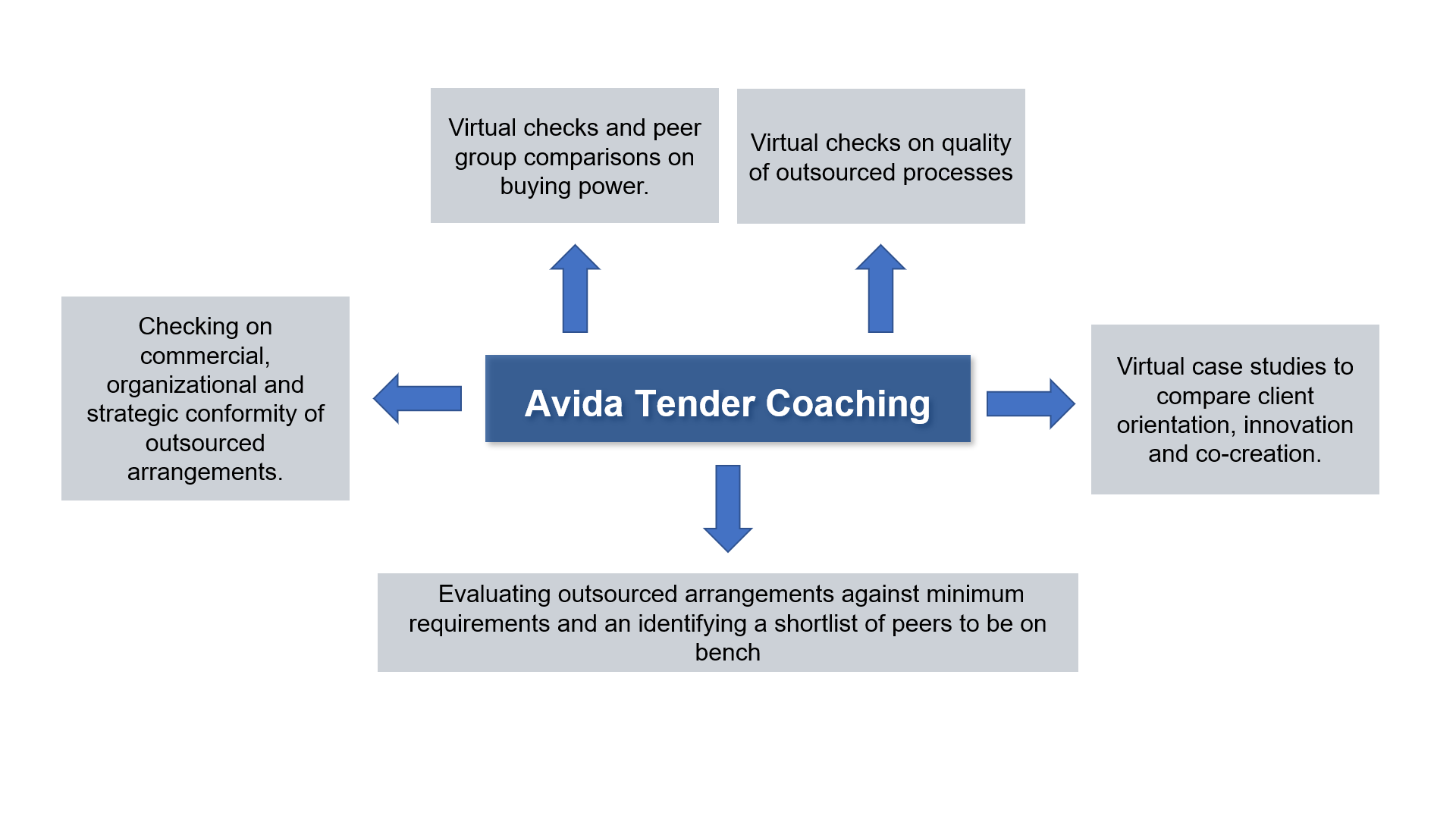 Time for a Plan B? Discussion on the Aon/WTW merger

What's the potential of fiduciary services for the largest pension and insurance markets in the UK and mainland Europe?

Avida International has made an assessment of the potential of the most important fiduciary..

What Does The "New Normal" Mean For Asset Owners And The Evaluation Of Their External Partners And Suppliers?

It has been almost a year now since our lives were thrown into turmoil by Covid-19. Almost all..

It's (Almost) Now Or Never For The "New-Normal" To Emerge

Pension funds and their service suppliers must soon decide what they want their future business..

Avida have demonstrated a market leading edge in strategic pensions governance thinking, and in a short time period have been able to understand our challenges and work with us to evolve our thinking. Our relationship with them is relatively new, but they have added much value.

Avida's guidance to the trustees in improving investment governance has been hugely helpful. I appreciated their professionalism, integrity and independence in helping us to explore the options and find the right solution for us as a board.

©Copyright Avida International 2020  . Contact Us . Privacy Notice . Find out more about how our site works and how we put you in control.