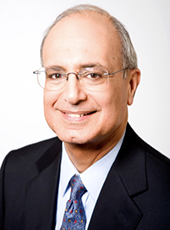 Don Ezra was previously co-chair, global consulting for Russell Investments worldwide. He is a member of the Advisory Board of the World Pension Summit and has also been a fellow of the American Savings Education Council and a lecturer at the Board Effectiveness Program for Pension and Other Long-Horizon Investment Institutions of the Rotman International Centre for Pension Management.

Don’s books include ‘Pension Fund Excellence’ (1998) and ‘The Retirement Plan Solution: The Reinvention of Defined Contribution’ (2009), as well as the philosophical ‘Happiness: The Best is Yet to Come’ (2014). Among many awards, he received EBRI’s Lillywhite Award in 2004 for extraordinary lifetime contributions to Americans’ economic security.